‘It’s the perfect place for us’: Millennials flock to rural Newfoundland – CBC

Restaurants, a microbrewery and a skin-care business replace the collapsed cod fishery 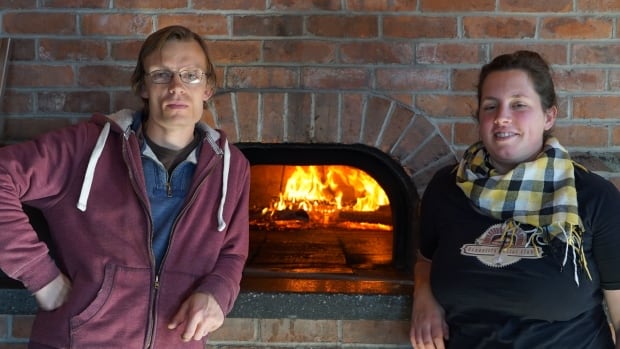 Katie and Shane Hayes were drawn to rural life because they saw an opportunity to specialize in farm-to-table produce harvested on their property in Amherst Cove, N.L. They are part of a growing phenomenon of millennials carving out a life in Newfoundland outports. (Chris O’Neill-Yates/CBC)

On a steep hill overlooking a breathtaking ocean vista of Bonavista Bay sits the Bonavista Social Club, a restaurant that specializes in the farm-to-table trend that’s all the rage on the Newfoundland food circuit.

The club stands in Amherst Cove, 300 kilometres north of St. John’s, tucked away on the Bonavista Peninsula, a popular tourist destination.

Shane Hayes, co-owner of the club, unrolls the plastic covering on a cold frame that protects the precious tomato crop from the threat of frost and the howling October wind. Indoors, his wife Katie, a trained chef, tops a pizza crust made from scratch with homemade sauce, as well as zucchini and other vegetables grown on their property.

The two are part of a growing phenomenon of millennials carving out a life in Newfoundland outports. 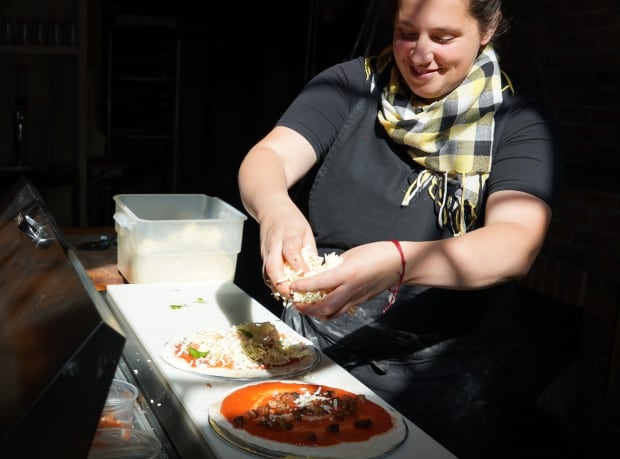 Katie Hayes went away to study to become a chef. Now she uses those skills to prepare cuisine with a Newfoundland twist at the Bonavista Social Club (Chris O’Neill-Yates/CBC)

Katie grew up in Amherst Cove but left to become a chef and to travel. Shane worked in sales for companies such as Dell and Microsoft in Ireland.

They returned to Amherst Cove seven years ago and launched their restaurant, and now they have three small children. “It’s the perfect place for us,” said Shane.

‘I think people never quite understood what they had here.’— Marieke Gow

“It’s something to foster and to show our children. A way of life that we really respect and really want hopefully to continue.”

Newfoundland and Labrador has witnessed a rural population decline since the cod fishery collapsed 25 years ago.

A recent study from Memorial University’s Harris Centre predicts a further decline of 40,000 people in the province in the next two decades. It predicts some rural communities will disappear.

In Bonavista, population approximately 4,000, John Norman’s company is selling houses as fast as his company can renovate them. His customers are largely millennials moving to the area. 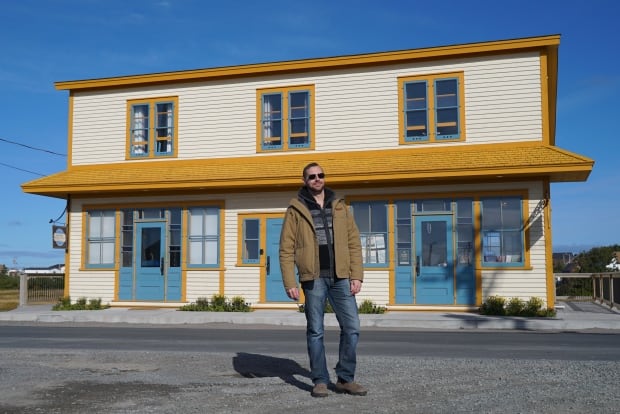 John Norman has bought up about 50 heritage properties in Bonavista and renovated them for residential and commercial customers, most of whom are millennials moving to the town. (Chris O’Neill-Yates/CBC)

Norman moved back to Bonavista seven years ago and started Bonavista Living, seeing a business opportunity in the many heritage buildings in his hometown.

Norman and his wife now own 50 residential and commercial properties.

“In Bonavista over 30 new businesses opened in the last two years. So, I mean, those are really impressive numbers.”

Millennials bring energy and ideas to the community, said Norman.

Historic Bonavista is attracting millennials because it has affordable housing and good public services in an attractive setting. (Chris O’Neill-Yates/CBC)

“They enjoy the authenticity of Bonavista. They enjoy the lifestyle they can have here,” Norman said, adding that affordable housing and business space is a strong factor in the growth of the area.

Norman said millennials are part of “a growing minority that are dissatisfied with their life in these urban environments” and are “coming in waves” to Bonavista.

Among the people swept in on that wave are Roger Dewling, his wife and their two children, who moved into one of Norman’s properties in July. 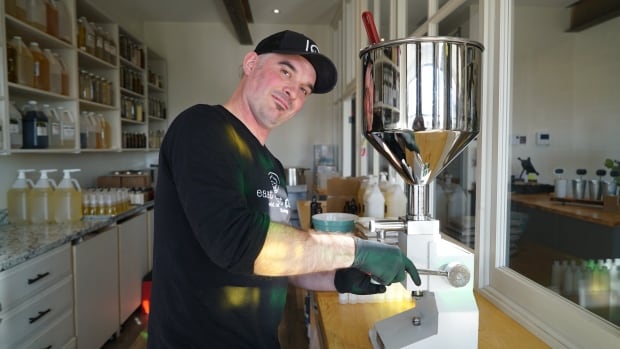 “The speed for me is great,” said Dewling. “I don’t need a lot of things in life to distract me. I need to be focused on our business, and Bonavista kind of does that.”

In Port Rexton, about an hour’s drive away, Alicia MacDonald and Sonja Mills are enamoured with the rugged beauty of their surroundings. The owners of the new Port Rexton Brewery remain undeterred by prognostications of population decline.

Mills and MacDonald got married in Newfoundland three years ago. Mills, a Newfoundlander, and MacDonald, from Nova Scotia, decided to move to the province permanently last year to start their brewery. MacDonald had worked in several microbreweries in her home province.

“We’ve seen the success of rural microbreweries all across the country, and we knew that we wanted to be in a small town, have a nice community neighbourhood feel and be business owners,” said MacDonald. 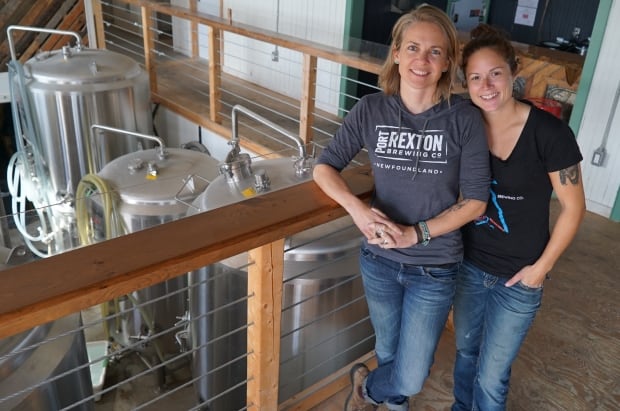 Sonja Mills and Alicia MacDonald moved to Port Rexton, N.L., to start a microbrewery in 2016. They supply seven bars and restaurants and have 23 more on their waiting list. (Chris O’Neill-Yates/CBC)

Their business is thriving. Port Rexton Brewing supplies craft beers to seven locations and has a list of 23 more bars and restaurants that want to sell their products.

“Two young women coming in to start a business, just plopping it kind of in the central part of a town, can be intimidating, but they just embraced it, open arms the whole time,” said MacDonald.

“I think it’s very much a momentum,” said Mills of the influx of young people putting down rural roots.

Ten kilometres away in Trinity, Marieke Gow has taken over over the inn her mother started 27 years ago.

Trinity is one of Newfoundland’s outport communities that has developed a thriving tourism industry that has expanded from two to six months a year. (Chris O’Neill-Yates/CBC)

The Twine Loft is on water’s edge in the historic town. In the heyday of the cod fishery, fishermen used the building to repair and store their nets.

In the upstairs office Gow is giving a tourist from Holland a thorough orientation on hiking trails in the area. In recent years the tourist season has grown from two months to six months, providing business operators a better income.

“That’s probably one of the most important things. If you want someone to make a life somewhere, they want to be able to work more than two months of the year,” said Gow. 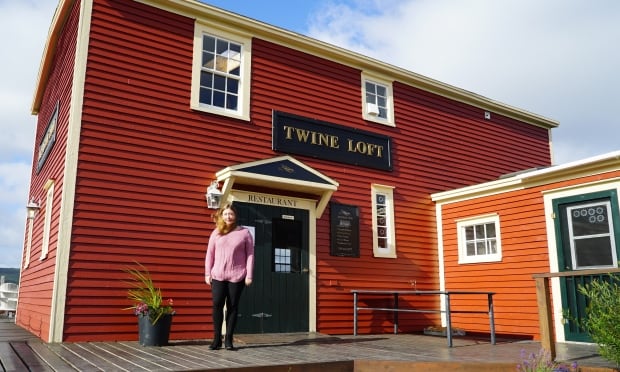 More young people are seeing places such as Trinity as viable homes.

“For a long time I think people never quite understood what they had here,” said Gow. An avid traveller, she rates rural Newfoundland as “one of the most beautiful places I’ve ever seen.”

“I think now people are starting to appreciate it.”